August 04, 2022
CommunityPress Release
La Porte, IN- The La Porte County Symphony Orchestra (LCSO) elected a new slate of officers to serve during the 2022-2023 50th Anniversary Season. The officers are as follows:
Susan Aaron, Chair
Kathryn Bernel, Immediate Past Chair
Nolah Nasser-Gertner, Vice-Chair
Alyssa Speichert, Secretary
Cecelia Largura, Treasurer
In addition, board member, Dale Knouse, will serve as the Chair of the Marketing Committee and Steve Kring and Dr. Tom Keon will be serving as Co-Chairs of the 50th Anniversary Committee.
Two LCSO board members whose terms are ending are: Immediate Past Chair, Leigh Morris and board member, Ela Bilderback.
“I am excited about this lineup of leadership for the 50th Anniversary season,” said Tim King, Executive Director of the LCSO.  “All of these individuals have already shown their passion and great interest for our Orchestra. I also want to thank Leigh Morris and Ela Bilderback for their tenures. We will miss them, but know they will continue to support the LCSO in earnest.”
The LCSO's Board of Directors consists of 19 people with terms of three years with a possible extension. The LCSO is now entering its 50th Anniversary season. In addition to the subscription season, the LCSO presents the annual Hoosier Star competition, the Drayton Family Education Concerts, the annual Holiday at the Pops concert and Summer concerts. For more information or for season tickets, visit us at: www.lcso.net. 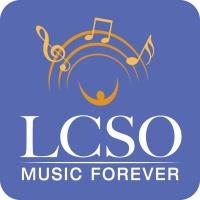